The Gambia has been independent for fifty-three years. We no longer have the excuses that we are new to the game or just starting out or that we should be allowed our growing pains. All of that is barking nonsense. Singapore gained its independence (August 9, 1965) the same year the Gambia gained independence (February in 1965). The founding father of Singapore, late Prime Minister Lee Kuan Yew, studied Singapore to figure out what options were available for small island nations suffering social unrest and facing regional military threats.

In the last fifty-three years of nationhood for both The Gambia and Singapore, what are the successes of Singapore and failures of The Gambia in terms of socio-economic development? One cannot help but reflect on what could have been for our own country, The Gambia. After all, Singapore and The Gambia started as equals back in the 1960s. But alas, The Gambia has been left in the dust by its neighbors as each country learned to evolve through the times.

Intelligent and efficient Singapore is the country, The Gambia could have been. Like a marathon runner ahead in the race who stumbled and suffered a spectacular fall, it has been hard for The Gambia to pick herself up. It’s become even more difficult after the country fell into the hands of a dictator, Yahya Jammeh, who replaced former President Dawda Kairaba Jawara after his ouster in 1994. Meanwhile, from what was described as a formerly sleepy port, Singapore grew to become a global finance and trade hub. The legacy of Singapore’s founder, former Prime Minister Lee Kuan Yew, continues to guide the country’s multicultural society even after his death.

Read More: The Gambia at 53, Is it Worth Celebrating or Not?

Singaporeans have obviously accomplished a lot with their space despite the scarce resources within it. To give you an idea of what they had to deal with, the country had been relying on imported water from Malaysia for most of its water needs. In recent years, “the city-state has made its gutters, drains and rivulets a vast basin to catch rainfall” in addition to increasing the size of its water catchment areas to ease their dependence on Malaysia. It is evident that instead of holding them back, a lack of resources made Singaporeans becomes more resourceful.

Accommodating Singapore’s booming population seems like a welcome challenge for them as well. To manage the country’s growth, which is projected to reach six million people over the next two decades, Singapore’s government teamed up with experts from the “Massachusetts Institute of Technology (MIT) to devise ways to manage its expansion – knowledge it plans to export to other cities.” The whole point is “to study how cities work and how they can work better.” Those who have been to Singapore know how efficiently things are run in the country.

Look at the difference today: Singapore’s government owns more than 100 companies with a market cap of more than one billion dollars; whilst we are selling off ours. Singapore’s investment agency loaned Barclays’ Bank $10 billion during the fiscal crisis. Its National Reserve is $900 billion.

For another example, look at Estonia with a population as small as The Gambia’s at 1.5 million people. Estonia declared formal independence on August 20, 1991. Twenty-six-years ago, Estonia was a dark, damp backwater of the Soviet empire. Today, it is light and clean. Skype was invented in Estonia, which has half a billion people online and held its last general election on the Internet. Emerging from the greatest fiscal crisis in its modern history, Estonia has a well-educated citizenry, a balanced budget, is debt free, and has a simple flat-rate tax, low crime rates, a stable, convertible currency backed by a currency board, and a strong peg to the euro. It has the most advanced electronic government in the world, and all its advancements were made in the twenty-six years we wasted trying to sell tourism.

If only The Gambia could learn from Singapore and apply the lessons to the tasks involved in managing its people and resources, then the country could also join its neighbours at the finish line. Despite the Gambia’s vast human and natural resources and abundant talent pool, the country cannot seem to get its act together.

For those waiting for the “pipe dreams” of the return to tourism’s heyday in The Gambia, forget it. Those days are gone for good. We may build massive hotels and tourism infrastructure to excess but know this: That model of hotel development died in the 1990s and belongs to the 1960s, Las Vegas era. More importantly, the people we are expecting as tourists to stay in and visit these monstrosities are busy losing their homes and jobs and preparing to pay higher taxes.

How do we know that the times when we depended on 78-80 percent of our tourists coming from America and Europe are gone and will never return?

In the Gambia, there are two centers of excellence to which I refer often: One is our “smiling coast,” whose peace and stability are spoken of with reverence everywhere I travel in the world. The second is our “human resources.” Our trained civil service agents on international assignments are held in high regard everywhere I go as well.

It is ironic, I think, that our intellectuals don’t make the same excuses our governments and their party hacks have made over the years. Instead, Gambian intellectuals and technocrats developed their skills whilst serving for dictatorships to succeed against countries with an actual democratic set up, despite their situation in The Gambia. If we could only match them, our future would be priceless.

Let us look at the reasons Lee Kuan Yew’s advice was that The Gambia and Singapore need to develop discipline more than democracy. He was right. Democracy works only when the majority are informed and educated. That’s not the case in The Gambia. It seems there is this misguided notion among Gambians that democracy means freedom to do whatever they want including breaking the law.

Gambians lack discipline because law enforcement agencies, including the police and justice departments, do not or cannot perform their jobs properly. To be better in their jobs, they must realize that they are dealing with mostly ignorant and poor people, so they need to apply zero tolerance and strict enforcement of the law. Otherwise, people will not learn to obey the rules. Perhaps it would be best if members of Gambian law enforcement agencies treat the populace like children who need guidance. That’s how it’s done in Singapore (until now, anyway). No chewing gum, anyone?

Every day, there is chaos in public places in The Gambia due to lack of discipline. One wonders what law enforcers are doing to fix the problem. Nothing, it seems. Every day, people are throwing garbage in the streets and rivers and building new shacks on private and public lands. One wonders what the police and local government agencies are doing to fix the problems. These are just some of the many violations tolerated in the country. Some say this is so because politicians patronize the masses to get votes, which brings us to my next item.

Law enforcement is weak in The Gambia because laws are not applied equally to everyone. This is evident in the way incumbent public servants use selective justice when prosecuting criminals. Therefore, a lot of people think it’s okay to do the crime. If you need further convincing, just look at how presidents treat their allies. When people see others get away with violating laws just by being friends with or bribing those in power, their natural tendency is to emulate or copy what they see. Many elite members of Gambian society do this to get away with violating laws. Those from the lower class simply copy the behaviors of those in the upper class.

Alagie Yorro is a Author/Journalist/Academic

Mismanagement and mediocrity ruined The Gambia. This is precisely why it is best to first ask the elite members of Gambian society to change instead of asking or expecting the masses to change.

If patronage politics is strong in The Gambia, the country will not progress. You can even see patronage politics on the road. The vehicles that block the roads and cause major traffic jams are operated by elites and, unfortunately, the vehicle operators are not doing anything to discipline their drivers, and the traffic enforcers are not doing anything drastic because they more than likely get a cut from bus operators.

An anti-intellectual attitude in The Gambia has been a problem that has plagued the country since the mid-1980s and into the 1990s. The problem started when The Gambia allowed a “reluctant” soldier with no expertise in running a government to become the president of the republic. Instead of promoting excellence, former presidents promoted mediocrity. The Gambia’s society became increasingly emotional and vindictive.

One only needs to look at the current crop of public servants today to realize why the country is run like hell. Instead of voting for experts and professionals, or at least someone with more experience and vision, Gambians love putting celebrities and popular personalities and their relatives in powerful positions in government.

It appears Gambians are allergic to people who have knowledge and expertise in solving the country’s problems, and they would rather go for someone they can relate with even when nothing is being done to solve the country’s woes. No wonder the country’s public transport system is almost in ruin.

Only in The Gambia are intellectuals ostracized. When you explain something that is deemed too complicated for the average person, they simply dismiss you with exasperated expressions in a condescending manner. This is why some intellectuals would rather go with the flow than risk being shamed for using their heads. If intellectuals and experts are not in charge of The Gambia, the country will not reach the same status as Singapore.

The above reasons are holding The Gambia back from reaching a developed status. They all pertain to Gambian cultural traits. Some would say the country’s flawed system is holding the country back and suggest that a parliamentary form of government may help foster intellectual discourse. However, the system is only as good as the people. There is very little chance a good system will be designed by a society that is lacking discipline, anti-intellectual, and imprisoned by patronage politics. Sadly, such a society is guaranteed to remain stagnant or grow worse in the decades to come. 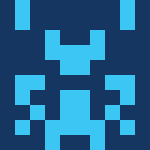